Immediately following World War II, the Department of Defense tapped into the expertise of the North American Aviation Company to develop the next generation, high-performance, advanced primary flight trainer to serve as a successor to the T-6 Texan, also built by North American Aviation. The result was the T-28 series of aircraft. The U.S. Navy was so impressed with the rugged Trojan that in 1952, the Navy contracted North American Aviation to build an improved version of the Trojan for Navy primary flight training. That improved version of the Trojan turned out to be the T-28B with a more powerful Wright Cyclone R1820 engine with 1425 horsepower and a three-bladed propeller. 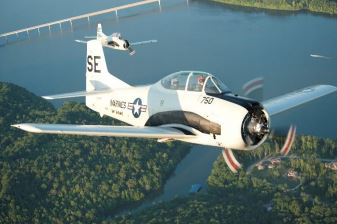 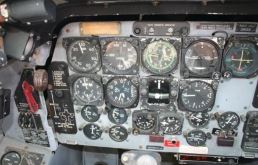 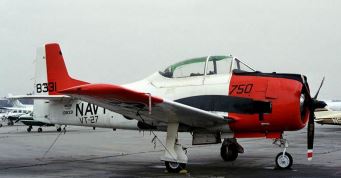 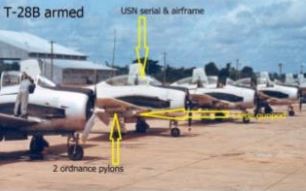 The Museum of Flights T-28Bravo was put into service in 1955 serving in the early 1960’s during Operation Farm Gate. While serving in Vietnam it took ground fire in Pleiku and was repaired in Danang. If it were a human it would have a Purple Heart. Can you find the patched bullet holes? It continued in service with the US Navy until the early 1980’s.