The C-45 was the World War II military version of the popular Beechcraft Model 18 commercial light transport. Beech built a total of 4,526 of these aircraft for the Army Air Forces between 1939 and 1945 in four versions, the AT-7 Navigator navigation trainer, the AT-11 Kansan bombing-gunnery trainer, the C-45 Expeditor utility transport and the F-2 for aerial photography and mapping. The AT-7 and AT-11 versions were well-known to WWII navigators and bombardiers, for most of these men received their training in these aircraft. Thousands of AAF pilot cadets also were given advanced training in twinengine Beech airplanes.

During the early 1950s, Beech completely rebuilt 900 C-45s for the Air Force. They received new serial numbers and were designated C-45Gs and C-45Hs, remaining in service until 1963 for administrative and light cargo duties 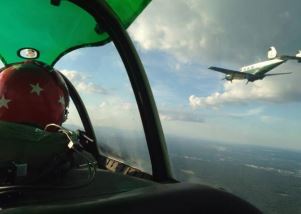 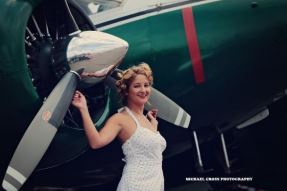 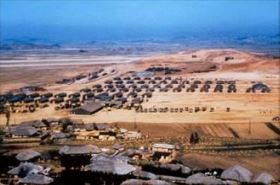 The Museum of Flights C-45H “Expeditor was used to fly cargo and military VIPs between Osan Air Base and Pohang during the Korean War from 1953-1957. From 1957-1964 it served on Yakota Air Base, Fussa Japan. From 1965-1975 it was based at Hickham Army Airfield Oahu Hawaii. In 1979 it was transferred to US Army Fort Rucker in Dothan, AL, and was retired to civilian life in 1998. In 2012 the Museum of Flight became its current home.