The designer, Clarence Gilbert Taylor, a self Produced from 1950 -taught aeronautical engineer from -1957 Nottingham, England, can be called the father of private aviation in America, as he designed the original Taylor Cub in 1931 at Bradford, Pennsylvania. Taylor, along with his brother Gordon, formed Taylor Brothers Aircraft Corporation – slogan; “Buy Your Airplane Taylor Made” – in Rochester, New York in 1926, offering a two-seat high-winged monoplane called the “Chummy”, priced at $4,000. After Gordon died flying another Taylor design in 1928, Clarence moved to Bradford, Pennsylvania, where the townsfolk had offered him a new factory at the local airfield plus $50,000 to invest in the company. One of the investors was William Thomas Piper, who had made his money from oil wells. Taylor formed his own company in 1935 as Taylor Aircraft Company, renamed Taylorcraft Aviation Corporation in 1939. During WWII, light aircraft were used for training, liaison, and observation purposes. Taylorcraft’s DCO-65 model was called the L-2 by the United States Army Air Forces and served alongside the military version of the Piper Cub in WWII. 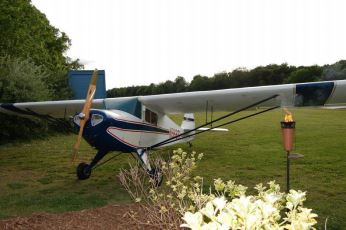 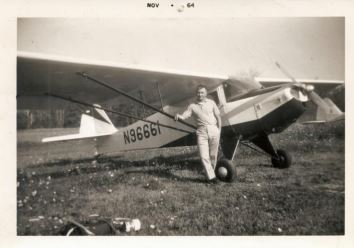 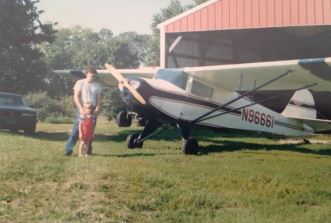