Immediately following World War II, the Department of Defense tapped into the expertise of the North American Aviation Company to develop the next generation, high-performance, advanced primary flight trainer to serve as a successor to the T-6 Texan, also built by North American Aviation. The result was the T-28 series of aircraft. The first flight of the T28 prototype was in September of 1949, and the first model of the T28– the T-28A—entered service with the U.S. Air Force in April of 1950. 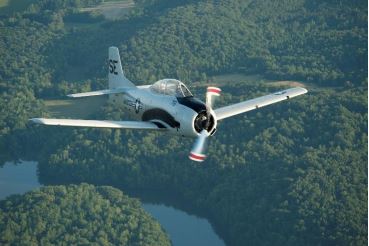 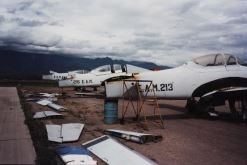 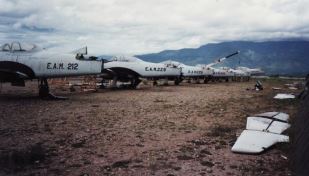 The Museum of Flights T-28Alpha served in the early 1960’s during Operation Farm Gate. It was then sold to the Hondurans for $1.00 where it served in the last prop war, The Hundred Hour War, where it is attributed with shooting down an Ecuadorian P-51 Mustang