The Willys M38A1 or (MD) was built from 1952 until 1957 for the U.S. military forces and from 1958 until 1971 for export to foreign governments. The United States Marine Corps continued to order and use the M38A1 until 1971. The Marine version had minor differences from the units used by other branches. The production information available for these vehicles suggests a much more limited production run. The M38A1 was so well liked, they introduced the CJ-5 in 1955 based on its design. With reversed spring shackles, military instruments, and a 24-volt electrical system, the M38A1 was a strong military work horse that was frequently fitted with a machine gun. 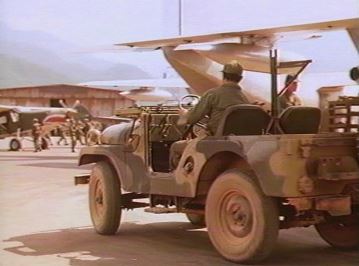 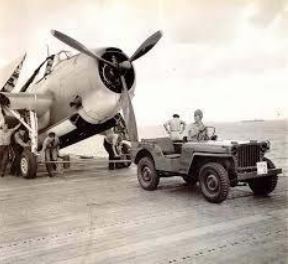 The museums M38A1 jeep served on Osan Air Base during the Korean War, at the same time the museums C-45H was also at Osan Air Base. It was utilized for aircraft towing and its 24 volt electrical system used as a APU to jump start aircraft. It may have even towed the C-45H at one time. It the served in Vietnam, the Dominican Republic, Grenada and Panama.